Simply Alaska: A Land of Extremes

Simply Alaska: A Land of Extremes 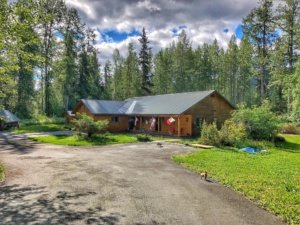 My home in Haines

A house sitter opportunity titled ‘Summer in Alaska?‘ caught my eye.  Is that a rhetorical question?  I applied and was accepted, securing a trip to Alaska after my 3 months of living New Zealand.

What’s so special about Alaska?  For starters, it’s massive.  At over 2x the size of Texas, it’s 1/5 the size of the Continental United States and is larger than all but 18 countries.  In the far north, the sun never sets in the peak of summer and never rises in the depths of winter.  It contains 100,000 glaciers and more caribou than people- by 200,000.  It has 22 million acres of national forest, 3 million lakes, 50 active volcanoes and over 24,000 earthquakes per year.  It has the tallest mountains in North America (by far), grizzly bears, polar bears, and lots and lots of fish, not to mention valuable minerals.  It was introduced to us by Jack London in our childhood, and by John Krakauer in our teenage years.  It’s where people go to escape, or to tap the earth’s natural resources.  It’s a place where exploration is a lifestyle and survival a daily challenge.

To get pumped for my trip, I picked up a biography on Jack London a month before my arrival and was hooked.  The details of the 1896 Gold Rush were captivating, the urgent demand of the pioneers riveting, and the descriptions of the Alaskan scenery mesmerizing.  I became obsessed with the average-man-turned-adventurer and planned a route to rediscover their lost journey.

It happened overnight.  Word came to the shores of San Francisco and Seattle and spread like wildfire through the lower 48.  There was gold!

The Alaska Gold Rush from 1896-1899 was a short 3-year frenzy that claimed lives and destroyed families in a money-hungry panic triggered by the Long Depression (a combination of 2 major depressions over the years of 1873-96).

Jack London wrote extensively, as did many, about the urgency, endurance, adventure and breaking points of men and the animals that helped them forge ahead during the ’96 Gold Rush.  Ships bursting at the seams dumped passengers on the shores of Skagway and Dyea, wisps of towns set along Alaska’s Inside Passage waterway that grew to 20-30,000 people in no time at all.  From there, many of those passengers made their way nearly 1,000 miles (1,600km) over extreme mountains and down raging glacial rivers.  Over 100,000 men set out for adventure and fortune, yet few came back with their lives and wallets intact. 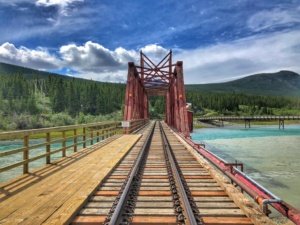 End of the White Pass/Chilkoot Trails

There were 2 trails out of Alaska and up to the Klondike, a region in the Yukon Territory, Canada, where gold had been discovered in a riverbed (“like cheese in a sandwich”) by a native, Skookum Jim Mason.  The gold, ironically, wasn’t located in Alaska after all.

One path was the Chilkoot Pass Trail and the other, the White Pass Trail.

The Chilkoot Pass was known for its avalanches and 40 degree slope which had to be climbed on all fours in some spots. To make matters worse, men were required to bring 6-months supply of food rations and necessities or they were turned away by Canadian Mounties. 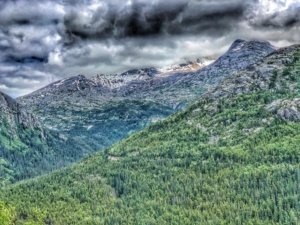 The White Pass Trail was a little less extreme, but it had its own disasters, like Deadhorse Pass, where thousands of men killed their horses trying to clear it.  Horses tumbled into the abyss after being nearly beaten to death by desperate men.  The trail was eventually stacked with the remains of 3,000 horses all the way to the top.

This gruesome journey took months to complete.  If you had everything packed in one bulging sled, you were lucky- it would only take 90 days.  Most had to haul their items in multiple trips, trudging back and forth along the trail.  The rush started in the summer of ‘96, but by the time men reached the Klondike, it was beginning to freeze.  Some turned back empty-handed, others built cabins and set up tents to weather a subarctic winter and wait for spring.

Jack London, after a brutal winter waiting outside of Dawson City for the ice to soften, developed scurvy from lack of vitamin C and had to return to San Francisco, never ultimately prospecting for gold at all.  Others like him had leveraged everything their family was worth, only to come back broken and penniless.

Of the 100,000 crazed men of the Alaska Gold Rush, only 15-20,000 actually became prospectors.  From those, only 4,000 found gold, of which only a few hundred became rich.  That’s a .3% chance of actually making money in gold.  Your chances would improve by 97% gambling in Las Vegas and even Atlantic City.

Still, despite the hardships and loss of life, the stories that came out of the Alaska Gold Rush would dazzle the world for generations to come and put Alaska on the map. 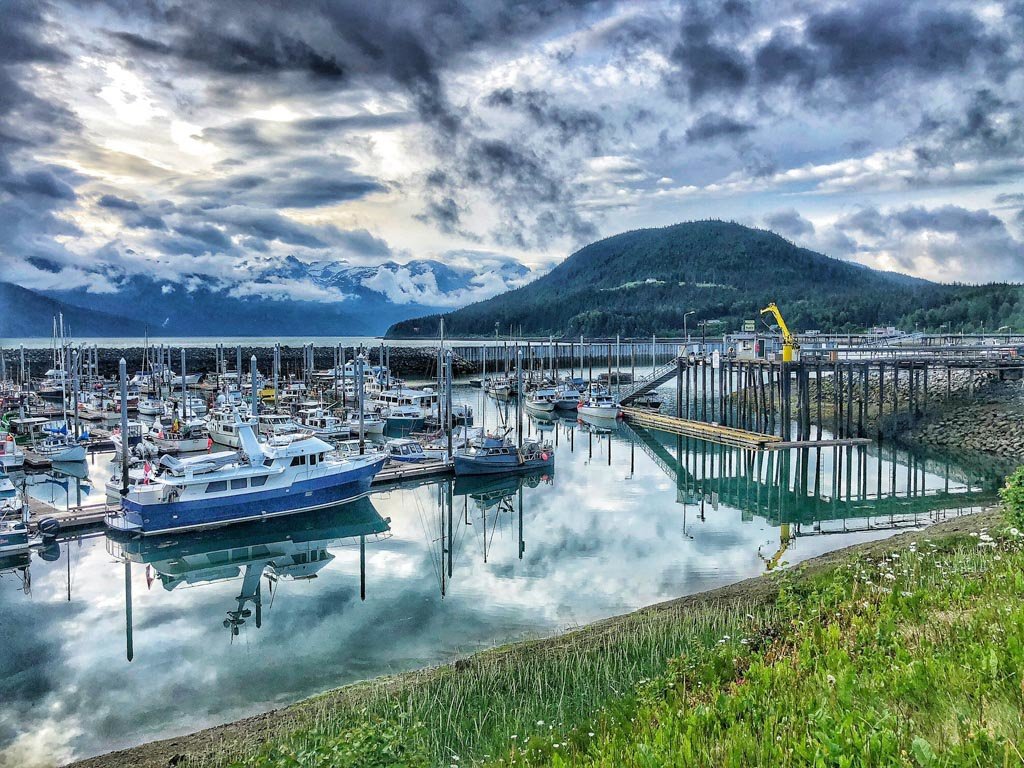 My own journey to Alaska brought me to Haines, also located on the Inside Passage waterway just 12 miles from the ferry docks of Skagway and the start of the Gold Rush hysteria.  The town of Haines is unique as it has access to the Alaska Highway, a cherished land route in an otherwise hard-to-navigate region.  Many towns in Southeast Alaska are located on islands or surrounded by glaciers and have no access outside of air and sea.  Towns are so remote, it’s not uncommon for school children to take sleeping bags on a 36-hour ferry ride to play a basketball game. 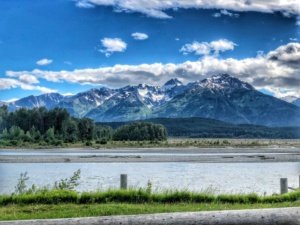 Cloud formations rip through the valleys on Pacific or mountain winds and can change the setting in moments.  Against a clear blue sky, the jagged mountains show deep carvings left by landslides and avalanches, their details visible for miles.  The entire landscape seems too beautiful to be real.  And yet, that appears to be Alaska… whether looking at its landscape or history, it proves to be a land of extremes.  It’s simply… Alaska.

(Below: The Golden Circle road trip included the White Pass Trail from Haines to Skagway, and photos of my home in Haines)