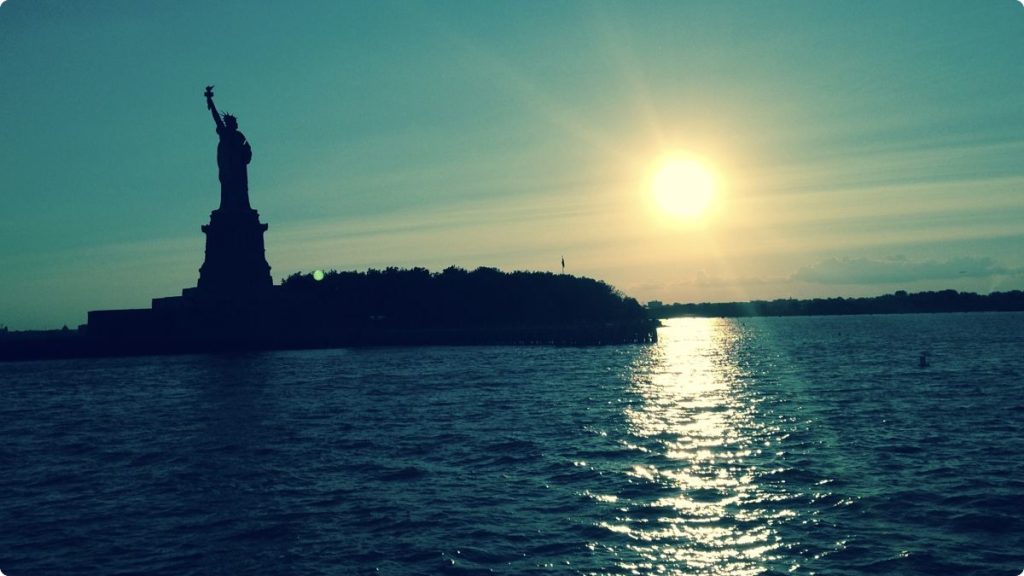 I left New York today after quitting my job, selling my apartment, and saying goodbye to friends.  It had been nearly 16 years since I bought a one-way plane ticket from Denver, Colorado and moved everything I would need in life: a wardrobe rolled into a duffle bag, a purse, and addresses to 4 scheduled interviews.  Clearly I was ready to start my life as an adult, post-college.

3 jobs, 3 relationships, and 4 apartments later, I found myself wondering what I was doing there.  Maybe it was the fact that I was suddenly dry after years (nearly 20) of heavy drinking, but I finally felt awake and the topic of conversation was a skipping record,  or Chinese Water Torture to be more precise.  Hottest handbag, trendiest restaurant, latest botox treatment, who had committed the most recent social outrage.  Had my life just become a line-up of material garbage, facades and judgmental conversations?  None of these topics even remotely interested me.

One morning after an inspiring boot camp class at my gym, and months of listening to Tim Ferriss’s podcasts about traveling and redefining success, I reached out to a college friend who worked at a hands-on guided travel company and asked if I was crazy to want to pick up and leave- to go traveling on my own.  ‘If you have the money, go!’, was his answer.  ‘And while you’re at it, check out this:  www.remoteyear.com.’  It turned out to be a year-long program for people who had remote jobs: a 75-person community which travels to a new international city every month.  I applied to Remote Year on the spot, despite the overwhelming claim that 10,000 people were clamoring for only 75 openings.  With little required to apply, I submitted my application, but continued to plan a solo 1-2 year excursion.

I started discussing the idea of traveling and leaving everything behind with a few confidants.  Not one person said I should stay, that I was crazy, that I was leaving anything worthwhile behind.  The idea was starting to become a reality and the thought of staying began to seem foreign (actually horrifying).  There was no turning back.

When a scheduled one-on-one meeting with my manager turned into a forced resignation discussion, and I was told there would be no place for me on the team next year, I felt as though I had won the lottery.  I requested 2 months to plan my next steps.  While I was clearly not motivated by work (and apparently it showed), I was still ahead of my quota and playing by the majority of the rules.  Requesting I step down (as opposed to encouraging I work differently or try a new angle), was just one more positive reinforcement that I was making the right move. A wall dissolved, an opening appeared.  And the conversations about who was wearing what seemed even more ridiculous now that there was a way out.

My neighbors approached me about selling my apartment. I received notice that I had gotten into the final round of Remote Year and scheduled an interview.  My finances looked better now that I wasn’t saving up for a million dollar home in the NYC area… (in addition to a car, grad school, kids, private school for those kids… list goes on).  The cost of that new trendy bag could finance 5 months of living abroad.

And then I got into Remote Year and my travel questions were suddenly answered:  I had a place to be, an itinerary to follow, and 75 new friends to meet.

So today I landed in Lisbon after 24 hours of travel, arriving 9 hours past my scheduled arrival time and without my luggage.  But I had made it.  I’m officially an unemployed expat and I couldn’t be happier.