Move Over Fear, Curiosity is Here to Stay

Move Over Fear, Curiosity is Here to Stay 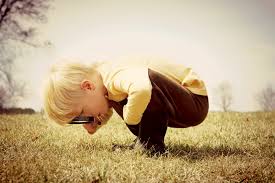 “I have no special talents, I am only passionately curious.” –Albert Einstein

The word ‘curiosity’ has been getting a lot of attention lately.  So much so, in fact, that it may be outshining its arch enemy, ‘fear’.  Celebrities are bowing down to the word, alleging this one desire changed their lives.  Geniuses claim it’s their only advantage in life.  And artists promise it’s the key to being creative.  Why all this recognition, and why now?

Before I get to the celebrity status of this inquisitiveness, and how it may have helped define the human race, I must give credit to curiosity for getting me to where I am today.  If it weren’t for my quest to change (thanks to a breakup and sobriety), I’d probably be exactly where I was 2 years ago:  justifying the status of my personal life and career (which weren’t really going anywhere), and dreaming of one day traveling the world.  Before I let curiosity take over, I was so enmeshed in my material possessions, apartment, and job, that I was paralyzed.  How could I ever get another apartment in that location for that price again?  If I leave my job, I’ll never get another job like it.  If I recklessly abandoned my Manhattan life, I’d be the punch line of a cautionary tale, bankrupt and pan handling.

And there I had it.  I had named my fear.  I looked at it with renewed curiosity.  It was a vision of me begging in a subway (not smelling too great), friends and coworkers above ground shaking their heads as they explained to strangers about a girl they once knew who had it all and just threw it away.

The more I looked at it with perspective, the more I realized it was just fear.  Sure, I’d leave my job and apartment behind.  But I’d always have my family if tough times got to be life-threatening.  I’d work my tail off from the bottom up if I really had to start all over again, and maybe I’d learn something new the second time around.  I’d meet new people along the way and have new experiences.  I would finally do things I had been afraid to do, like attempt to write and be an artist (which I had never allowed myself to consider).  Once I peeked around the corner, with curiosity at my side, my world opened up and my fear didn’t seem quite so scary- in fact, it sounded like an interesting adventure, pan handling and all.  Curiosity brought my life into color and focus.  And suddenly, fear’s new image was me staying put in that static and gloomy apartment and job.

Why is curiosity front and center all of a sudden?  There’s been so much discussion about how important curiosity is, the word itself appears to have staged a campaign.  Brian Grazer (one of Hollywood’s biggest producers of Oscar winning movies like A Beautiful Mind and 8 Mile, and the writer/producer of one of my favorites: Splash) just released his latest book:  A Curious Mind: The Secret to a Bigger Life, where he attributes his success to curiosity.  He took what was essentially a messenger job and turned it into an education on communication with the leaders of Hollywood, all by asking questions.  Walter Isaacson’s latest book: Leonardo Da Vinci defines the world’s most creative genius with insatiable curiosity (he made a list every morning about what he was curious about- like what does a woodpecker’s tongue look like and why is the sky blue- and set out to find answers).  Isaacson’s past biographies on geniuses like Albert Einstein, Steve Jobs and Benjamin Franklin discover the same desire for learning, all sparked by curiosity.  Even Elizabeth Gilbert’s latest bestseller Big Magic: Creative Living Beyond Fear reminds us to encourage the presence of creativity (in itself a living, breathing organism) with curiosity.  It’s the easiest way to welcome inspiration and development.

Curiosity could quite possibly be the reason for language, human advancement, science, and our modern world.  It’s an emotion sparking the desire to learn and explore, to peer into the unknown with an open mind.  It takes a person out of his or her comfort zone in an attempt to learn something new.  If the brain is a muscle, curiosity nourishes that muscle with blood: it creates an active mental state.

Alternatively, establishing absolute boundaries limits us, restricts growth and intelligence, and spawns passive routines.  Curiosity can be so incredibly revolutionizing, extreme religions are constantly on the warpath to stamp it out and replace it with fear.  When we lose curiosity, we stop questioning.  We become robots and life passes us by.

I can think of a number of reasons why curiosity is the new buzz word, and why there are so many self-help guides to reduce fear.  Our world is changing faster than it ever has, with technology and globalization growing at lightning speed.  If we don’t approach life with curiosity, it will become easier and easier to go on autopilot.  The news tells us how to think, society confirms how we must behave, and our phones are glued to us every step of the way, making us even look like robots (I’m as guilty as the next person).  Curiosity could be the one thing that saves us from ourselves- and it could (I can attest) help us overcome fear.

I was asked recently why I travel.  The person asking couldn’t understand leaving a safe, known place, for the unknown, which could be cold and scary.  I hadn’t thought of traveling in that way for so long, I almost didn’t have an answer.  I responded simply with: ‘because I’m curious.’  Remember that uninhibited thirst for knowledge?  We were enchanted by it during our childhood, we suppressed it during our teenage years, and we ignored it when we became adults.  Well, it’s making a comeback.