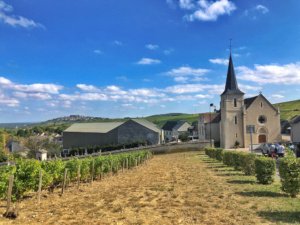 A traveler’s bragging rights often include the number of countries they’ve visited.  Not immune to metric competition, I started compiling my list a couple years ago.  Among travelers, this number is a badge of honor.  In a lifestyle where titles mean little, a single number can be cause for awe and help open up a conversation in a group of strangers.  It can inspire blog readers to travel and incentivize its writer to keep going.  In essence, everyone’s trying to get their number up- including me.

When on Remote Year in 2016, we all read about a 27-year old attractive blonde girl from Connecticut named Cassie dePecol who had set out to be the first woman to visit every country in the world in the shortest amount of time (18 months).  She had sponsors to offset the cost (which Wikipedia lists as $111,000), and even planted trees to help offset the carbon footprint.  She went by boat, car, train, helicopter, plane, foot, whatever it took, and potentially stopped in countries for moments before moving on to the next.

We could argue whether she experienced any of those countries at all.  As my friend Dan says, “You have to spend a full 12 hours in a country along with two meals to make it count.”  And we could argue whether there really are 196 countries.  (According to the UN, as of 2019, there are 195 sovereign states, including the Vatican City- which brings my number back up to 46, actually- and Palestine.  But the Olympics recognizes 206 and the World Cup 211.  A group like the Traveler’s Century Club lists 327.)  In reality, stating a number doesn’t require that you experience anything.  And as far as the number of countries go, it’s a moving target due to political and geographic adjustments.  In the end, the number is just part of a story, certainly not all of it.

Another girl in 2016, Lexie Alford, hit all 196 countries by the age of twenty-one, making her the youngest person on record.  Her parents are travel agents and at age eighteen she had already been to 72 countries.  She spent months abroad as a kid doing independent study, graduating high school two years early, and completing an associates degree at a local college by eighteen.  Her final country (in 2016) was North Korea, which she checked off after having visited a North Korean-side conference room in the DMZ.

What is the Real Goal? 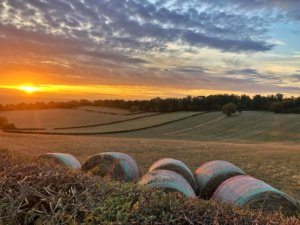 In the end, is it really about a number?  In my view, to travel is to experience new sites, smells, and tastes (which would be a little tough from a conference room in the DMZ).  It’s a chance to see that the world is beautiful and interesting, no matter where we are.  It’s also a chance to reduce the fear that’s harbored in the unknown and bridge people across borders.  Travel has never been this accessible or this easy.  As the owner of a recent house sit (and a motorcyclist who drove across Africa thirty-five years ago) said to me: “Thanks to our smart phones, and assuming we have a visa, we can literally navigate ourselves anywhere these days.”

Traveling to new places is about slowing down, looking up, and absorbing the present environment.  Whether we’re sharing photos, writing blogs, or speaking about our experiences, we’re spreading knowledge and hopefully a positive understanding of the world.  Ultimately, visiting a country should be more about the impact we make and the intriguing stories we take with us… so in hindsight, it was never really about the number at all.