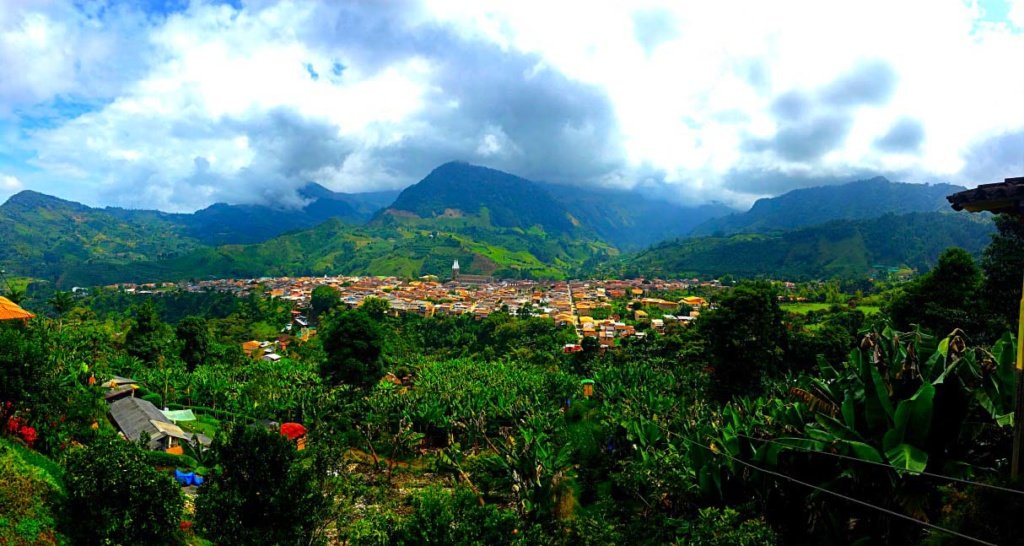 Like most people, I’ve been a devoted coffee drinker for years.  I became a convert one night in college after writing a 20-page thesis paper in 12 hours.  My Swedish neighbor had given me access to his espresso maker and before I knew it, the sun was up and I held in my shaky hands an A+ paper.  I was a hard-core Starbucks addict in the corporate world of New York City, carrying their gold card front and center in my wallet.  I dabbled in Dunkin’ donuts at times, but as a connoisseur, I knew watered-down coffee when I tasted it.  I sampled Nespresso when I wanted to get fancy and even joined the Bullet-Proof Coffee craze of 2015 by combining home brew with grass-fed butter and MCT oil.  In Europe, I switched to instant since there didn’t seem to be coffee makers in homes.  My trained taste buds lost their discerning ratings scale by then and I actually started to tout instant (it’s true).

“Americano?”  (hands gesture to a large size)  It was impossible to get a large coffee anywhere, especially in Bulgaria and Bosnia, so I took what I could get in restaurants and sadly looked into the thimble of dark liquid staring back at me before handing over my money.  No one, it seems, drinks as much coffee as Americans.

By the time I got to Colombia 8 months later, I was so caught up in the Narcos storyline about Pablo Escobar and the drug war that gripped the country for decades, I had almost forgotten this country helped put coffee on the map.

1,100 kilos (of… coffee) were shipped to the US in 1835, establishing Colombia as a major coffee exporter.  The altitude, climate, and soil make for a perfect greenhouse, and though the original plants come from Ethiopia, some say Colombian coffee is the best in the world.  While they do grow coffee all over the country, the coffee triangle in the south west is the most well-known and productive region.  Touchingly, Armenia is one of 3 major cities of the coffee triangle, named in memory of the country of Armenia and the genocides of both 1894-97 and 1915-1923.

I stumbled upon La Victoria coffee plantation near the town of Minca with my friend Garvin, in the mountains above the coastal city of Santa Marta.  And we also traveled to Jardín (the official coffee region), a lush and colorful town a few hours from Medellín by bus, made up of coffee and banana farms.

Did you know coffee beans grow on a bush but look like cherries?  After picking the red cherries, they remove the fruit and leave just the hard pit and its gooey outside.  The bean is left to ferment for 16-24 hours in its gooey cover, then sent to dry out under the sun or in a green house.  Once dry, the now plastic-like outside is buffed-off and you have the bean that we recognize.  90% of the time, the beans are shipped like this: un-roasted.  The company avoids the taxes of shipping a roasted product (considered food at that point), and it also avoids guessing the roasting requests of each destination.

Beans are sorted multiple times throughout the production cycle.  Perfect beans are heavy and sink to the bottom of water-filled troughs, making it easy to clear off the unwanted beans from the surface or suck heavier beans through pipes in the floor.

Coffee farms in Colombia can use hydropower, like at La Victoria where highways of water pipes power every piece of machinery and even carry the beans to each stage of production.  Others, like at Bodeguita de Café in Jardín, use a generator to power their machines.  In either case, the equipment is carefully maintained and sometimes nearly 100 years old.  These farms are usually run by one family and supported by an influx of workers once a year during harvest.

Of the 3 tiers of beans (1 being the best), tier 1 is exported for maximum profit, tier 2 is typically sold to the local population or made into instant coffee, and tier 3 is usually turned into fertilizer for new coffee plants, or fed to pigs.  We were told at La Victoria that Starbucks typically purchases tier 3 beans from Africa because it’s cheap… wait- the stuff the Colombians may not even feed to pigs is being sold by the largest overpriced coffee chain in the world?  Can this be right?

ARE YOU GOING TO DRINK THAT?

Regardless of whether they want to undermine a behemoth like Starbucks or not, this slander on Starbucks helped me understand the difference of the roasts and why a statement like this may actually hold some truth.  French Roast (always my go-to and the pride and joy of Starbucks) is burnt to a crisp, so it’s almost impossible to tell whether the beans themselves are good.  We’ve gotten so used to the delicious flavor of burnt coffee in the US that we have no idea what good coffee should taste like.  Medium roasts (like a blonde), on the other hand, has a higher caffeine content and will reveal the actual flavor of the bean instead of the flavor of carbon.

In Jardín, we cleaned our own beans and roasted them on the farmer’s stove before bagging them and taking them home with us.  What does coffee taste like 3 days after having been picked?  Smooth and flavorful, not acidic or oily (which is a trademark for burnt and/or old coffee).  I’m usually in favor of milk or almond milk as an additive, but good coffee is best black.

See some photos below of the stages of a coffee bean, a gondola ride (or is that a crate?) over coffee fields in Jardín, banana trees used to protect the coffee plants and second as an alternative income outside of the coffee harvest, and scenes from coffee country.

Cup of joe, anyone?