A Drive Through Southern Bulgaria: salty food and drivers with a death wish

A Drive Through Southern Bulgaria: salty food and drivers with a death wish 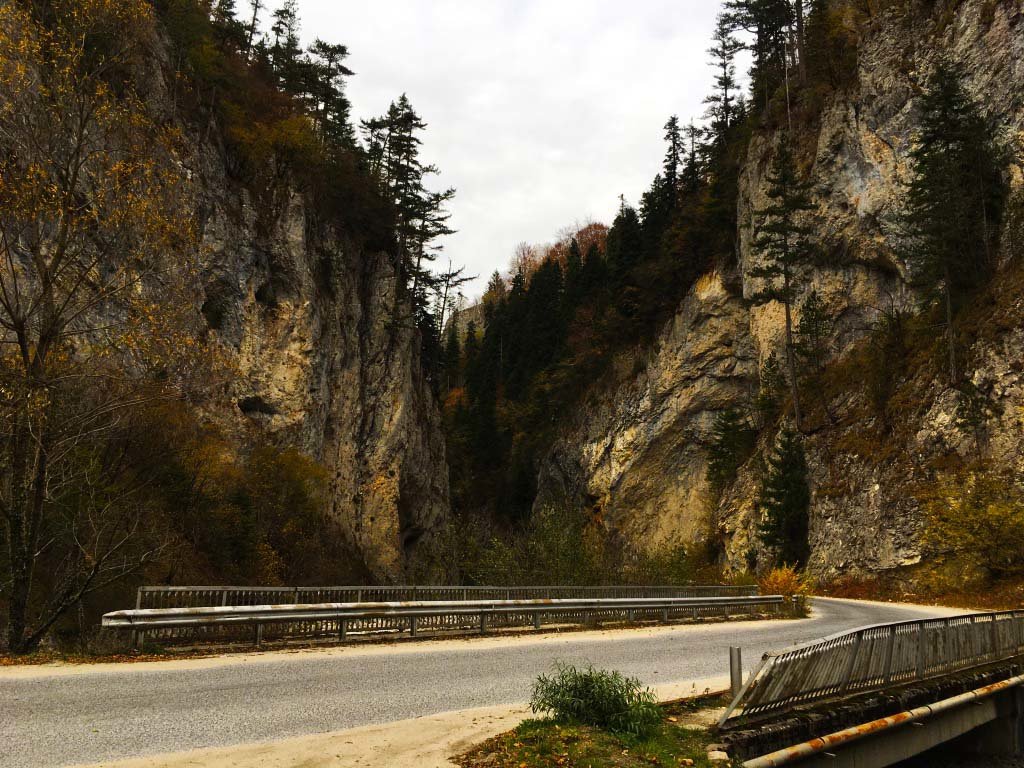 I’ve come to the conclusion that each country has its own timing system when it comes to driving.  The margin of error in the States may be 3 seconds, and in the Eastern Block it might be 1 second.  Without fail, flying down the highway, well above speed limit, someone will approach from behind within inches of the bumper, slide out to check oncoming traffic every few seconds, and then hit the gas on a solid line and blind curve less than 50 meters ahead.  This happens every few minutes.  Eventually, the fight or flight panic, heart race, life-flash-before-your-eyes reaction becomes numb to the now normal behavior.  You may even learn to slow down a tad and scoot to the right so they can play chicken with only half of their car in the oncoming lane.  Timing and expectations are set differently here.  To be honest, I haven’t seen many accidents.

So I’ve been driving a bit in Bulgaria.  A lot of solo driving trips down long stretches of highway and up windy mountain roads, through long tunnels and one-way roads cut out of sheer rock cliffs (i.e. the Devil’s Throat road in the Rhodope Mountains of Smolyan Province).  It’s absolutely beautiful countryside and reminds me a bit of Vermont and Colorado in the fall.  The small mountain towns have a slight industrial feel (or is that a lasting communist-era chill? – see Chepelare’s photo below), chimneys exhale smoke and thin white clouds seep between buildings.

People are friendly, some a bit wary at first, and only a few speak English.  But between the monasteries, vineyards, industrial villages, and mountain passes, there’s a calming, cozy feel.  I wish I didn’t have an agenda and could have stayed for longer, especially in Melnik.  I had a room above a restaurant and on the main street (Chavkova House), breakfast was included in the $30/night price, and they served dinner (“The best diner in town”).  The food was too salty, but I soon found that most Bulgarian food is over-salted.  (Cheese is piled in high peaks upon every dish.  A healthy salad of cucumbers and tomatoes?  That comes with cheese on top.  A chicken dish?  There’s cheese in that.  Looks like bread?  It’s probably fried cheese.) Come to think of it, most of the local food in Armenia was over-salted, too… it must be a lasting affect from a culture built on manual labor.

In Melnik, I attempted a hike up to the Rozhen Monastery, but was steered in the wrong direction by intersecting paths and wound up in some precarious situations at the top of the pyramid peaks.  I had to be back at the lodge before dark, so aborted the mission after a few failed attempts.  I did go for a 5-mile run the next morning through the neighboring towns, and then drove up to the monastery before heading out, onward to Chepelare, and eventually Plovdiv.

The ‘Pyramids’ of Melnik look like giant ant hills made from sand and rock, but it’s a unique visual to that region, only lasting about 5 square miles.  The Marvelous Bridges outside of Chepelare were naturally formed caves out of existing marble.  Devil’s Throat is another cave and is supposedly where Orpheus descended into Hades; it’s a side trip on the way to Chepelare.  The narrow 14km drive there, in between massive rock mountains, will keep you on your toes.

Fall foliage twinkles in the sunlight and pine trees stand tall.  The scenery of Bulgaria is breathtaking.  Check out some of the drive and towns below.